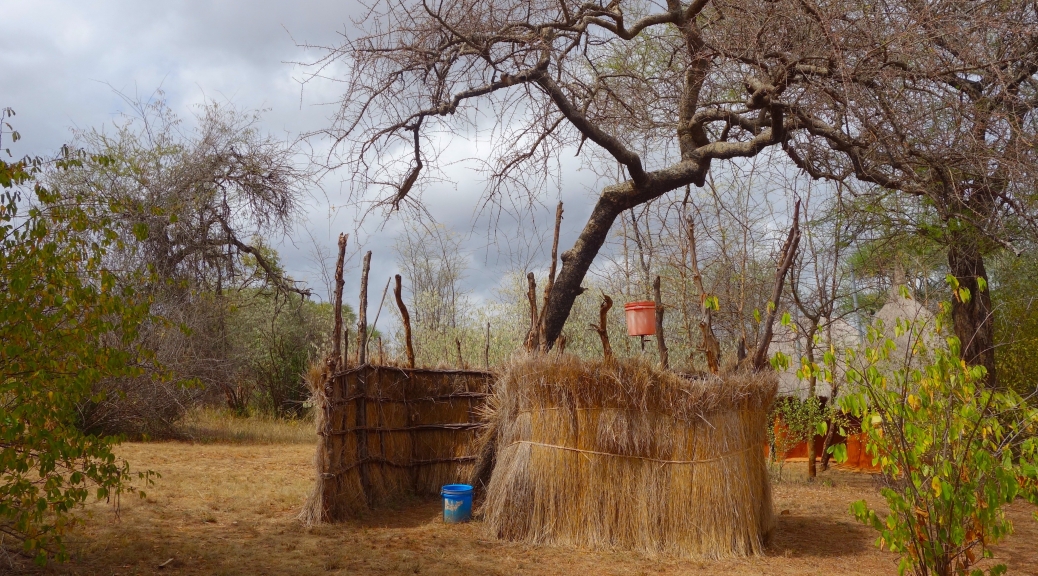 Since I left for Tanzania on May 26th, I have had one hot shower, which was also my only shower in the past month in which I’ve used more than 1.3 gallons of water.

Here at Noloholo Environmental Center, which is Tanzania People & Wildlife’s (TPW) headquarters in the Simanjiro District, water is scarce. The region is experiencing an ongoing, uncharacteristic, likely climate change-induced drought, and the effects are immensely noticeable everywhere you look. Most, if not all, of the people living in nearby villages are pastoralists, and almost everyone has lost many cows, sheep, goats, and donkeys due to lack of water and graze for their livestock. This year, the spring rainy season (normally 2-3 months long) never came. Unlike many places in the Western world, water availability and use is, by extreme necessity, at the forefront of everyone’s minds here.

Because Noloholo is an integrated part of this community and landscape, and gets much of its water from the closest village (Loibor Siret, a 30 minute drive away over rough road), here at the camp, shower and laundry water is only available from 7:00-7:15am.

Each person is allotted a 10-liter bucket that they can fill up, and for those 15 minutes, water flow is literally unlocked by one of the Maasai staff up the hill by the office, and allowed to pass through two spigots near the staff housing. By 7:15, the flow has been locked until the next morning. There have been many mornings when I wanted to sleep in but instead got up before 7am because I knew I needed to take advantage of the “water time window” to shower or to wash the ubiquitous dust from my clothes later in the day. Water collection in this way now feels routine, and is a great way to say good morning to some of the other staff who are also gathered around the spigot bright and early.

My outdoor shower, which I currently share with two other people, consists of a bucket with a shower head sticking out of the bottom. To me, it feels luxurious for a bush shower. In the past, I’ve taken cup-and-bucket showers- using a cup or empty jar to pour the clean water over my body and hair, so to have something resembling a hands-free shower is exciting. Even with the occasionally numbing breeze, its beautiful to shower with birds singing overhead, or (when taking a night shower) with the stunning Milky Way giving me perspective and reminding me that cold showers aren’t so bad. Plus, if I’m able to leave my bucket out until the afternoon, the water gets relatively warm in the equatorial sunlight, and warmish showers are possible!

Okay, back to my PSA. Despite this small water allotment, I’ve come to notice that I consistently only need half of my bucket- 5 liters (about 1.3 gallons) of water – for my showers. And yes, I am able to be completely clean when I shower with that amount of water- even with the pervasive dry-season red dust that penetrates every pore daily. Considering that the average American shower uses 17.2 gallons of water and showerheads have a flow rate of 2.5 gallons per minute, you may be wondering how it’s  possible for me to use so little water. Well, for me the key has been turning the shower off when I’m not using it- for example, when I’m soaping up, shampooing my hair, or shaving. My 1.3 gallons per shower translates into 19.5 gallons per month considering I only shower about every other day. Compare that to how many Americans (even me when I’m home- I am not above this!) shower daily and will use upward of 500 gallons/month for showering.

We can do better. Although I’ve spent a lot of time in the bush taking various versions of bush showers, it is only now that I have taken a moment to calculate how much water I really need for my showers. As someone who loves a good long hot shower myself, I hope I can improve the way I approach my showers at home. But, I know behavioral change is hard, especially when we’re talking about our creature comforts. So, if you’re not down for quitting long showers cold-turkey in favor of the “military shower”, why not purchase an efficient shower head, or a thermostatic shut-off valve, and challenge yourself to shorten your showers by a few minutes? Freshwater scarcity is on peoples’ minds here in the savanna, but it should be on everyone’s minds: the world is running out of freshwater, and climate change is only exacerbating the issue. This should be obvious, but freshwater is our lifeline- from agriculture to drinking water- and freshwater shortages around the world are linked deep unrest, war, and of course death. Because we don’t have to walk miles to a borehole for our water, it can be difficult for us to connect with water shortage as a possibility, but Americans need to step up their water-consciousness before it’s too late. Making a few small changes to our shower routines is just one way to contribute!

4 thoughts on “Bush Showers, or, A Short PSA About Water Use”